Where do you stand? 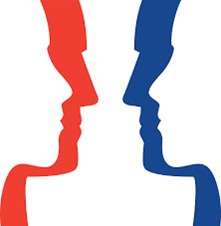 As polarization becomes more embedded in American culture, the Pew Research Center conducted a segmentation study that is extremely contemporary and relevant to this country’s future.  Pew, who is rapidly becoming THE source for political and social research, interviewed 10,000 American adults last year forming the basis for numerous statistical analyses including a variety of clustering technics.  (See the link below for a detailed description of the methodology.)

Nine segments emerged.  Notably, each has at least one medium supporting and reinforcing its members 24/7.  They are unlikely to merge in the slightest way any time soon.  The segments are:

Faith and Flag conservatives (10% of the US) Very religious; older and white

Outsiders Left (10%) Youngest; hold liberal views but not enamored with the Democratic Party

To identify which segment best fits you, with a full description, complete the brief quiz linked below.  Feel free to pass it on to family and friends recognizing that the results could create tension in your relationship.

Most people are not surprised by their results as their feelings are deep and brought to the surface by the media.  For those you may pass this on to, there may be some surprises from others.

There is a closed-minded, lack of effort for one segment of understand the other.  The preference is for each segment to reinforce its own beliefs and view of the world.  The media did not create the segments but they are guilty of fortifying the differences.  Notably, each segment has at least one medium supporting and reinforcing its members 24/7.  They are unlikely to merge in the slightest way any time soon.  There are more frequent and fiercely argued values and policies preempting our lives from the outside than at the dinner table (except at Thanksgiving).  Arguments and fights are great for ratings.

Some research also suggests that one’s DNA plays a role in personality and therefore in life and political values.  The long and short of it it that our political segment affiliation is deep rooted in our personal “brand essence”.  Arguments do not remain academic for very long.

We all are better than that, especially the media.  And most vitally,  AMERICA.